Mike Greece believes those who write have a leg up on the competition.

That’s true no matter if you’re a big fish, medium fish or just a minnow. In fact, the smaller the business, the larger the impact.

“For a small business, it really levels the playing field,” he said from his office in New York.

Greece knows whereof he speaks. Over his 30+ years in public relations, he has guided successful corporate and marketing communications programs for an array of companies and brands, including Coppertone, Western Union, Yankelovich Partners, TBM Consulting Group, the American Arbitration Association, Starter Sportswear and Grumman Aerospace.

He started a book practice 13 years ago, as he saw books as an excellent marketing platform. He works with authors to not only help them generate sales and interest in their books, but to craft their books in such a way as to maximize their success.

Those efforts can range from design to rearranging the sequence of the book to helping select a title, which may impact the book as a whole. For him, the process starts at the outset.

“I like to work with the client (to) strategize the content,” he said. “We can have the most value early on, to help guide the content and design. If you make a book important, that increases the chances of success.” 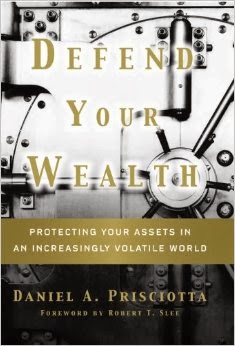 One such example is the work he did with financial advisor Dan Prisciotta. Prisciotta wanted to write a book to help people understand how to manage their assets, but Greece said its original title and approach didn’t jump out at the potential reader.

People are afraid of losing their assets, he says, and he suggested Prisciotta take a harder line. “You want to connect with people, tie it to a huge pain point, and get it into the title of the book.”

The result was Defend Your Wealth. Prisciotta has used it to the book as his calling card for managing the assets of clients.

Another example is a book on diversity in the workplace by Shirley Engelmeyer. Greece suggested expanding the concept of the book beyond traditional under-represented minorities to younger people and other groups, and then re-labeling the concept.

Engelmeyer took his advice, and in addition to including more groups, reworked to the title. Inclusion, the New Competitive Business Advantage, gained Engelmeyer a new audience. She was able to parlay her authorship into appearances on Fox Small Business, the Wall Street Journal, the New York Times and Fortune magazine.

The public relations pro believes that books can serve as a meaningful part of a person’s or company’s marketing and public relations efforts, and he believes it’s important to craft the book with that in mind.

“Books are extremely powerful instruments, even in a digital age,” said Greece. “They establish authors as thought leaders and legitimize them as experts.”

Books can be leveraged in a number of ways. They amplify the presence of the brand and the speech of the brand in ways that social media don’t quite do.

“It helps you codify a body of knowledge,” said Greece. They also project the expertise of the author, he says.

Greece cautions that most books don’t make the best-sellers lists, but their success is measured in numerous other ways.

“A lot of writers want to be on the New York Times best-sellers list,” he said, but that’s probably not going to happen. Instead, he advises authors to concentrate on maximizing the return from using the book as a marketing tool.

It will help build your brand and raise your credibility, as well as lead to speaking engagements, appearances in media, and gain a new audience.