The New Meaning of Business Class

For some people, the time spent on an airplane is best utilized by sleeping. Others prefer reading.

“I was flying back from the West Coast, and had five and a half hours,” says Prisciotta, a financial planner for Sagemark Private Wealth Services. “I wrote the outline on the plane.” 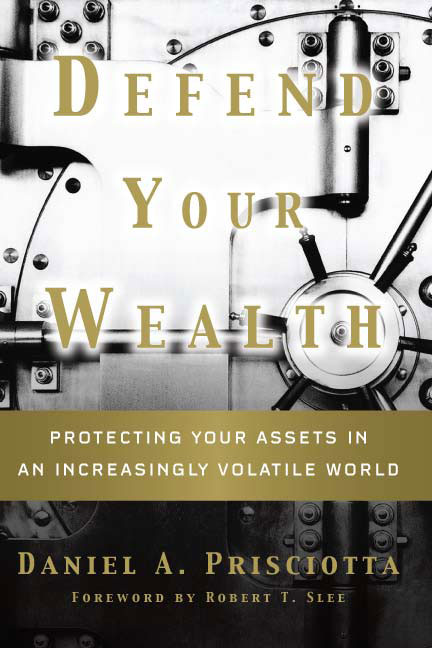 This wasn’t some spur-of-the-moment thing. Prisciotta had long entertained the idea of writing a book to encapsulate his thoughts regarding financial planning for his clients.

“The idea had been in my head for many years,” he said. “It would differentiate myself as an advisor.”

And Prisciotta says that is exactly what has happened. His book, titled Defend Your Wealth, has helped him gain new clients and be seen as an expert.

“I wanted to enhance my credibility with prospective clients,” Prisciotta said.

He originally thought about looking for a publisher, but after speaking with other professionals, including Bob Teichart, who had worked with us on his book Motivator, Teacher, Shrink: How to Attract and Develop Highly Successful Salespeople, Prisciotta decided to work with the Jenkins Group and self-publish. “I would have lost control of my content. Bob Teichart said he had a good experience (with the Jenkins Group).

Prisciotta began by pulling together articles he’d previously written and ideas he had developed. He then incorporated actual client plans, and included information from other professionals, giving them credit in the respective chapters. All told, he said it took about a year and a half from that plane trip to when he had a book in hand.

The end result was 270+ pages that lay out strategies and concerns for those who want to maintain and control their financial assets and/or provide for their heirs or beneficiaries when they step away. The book includes tools, exercises, case studies and advice.

“I wanted it to be client-friendly,” he said. “It’s a call to action. Wealthy people can get complacent. The dynamics and laws are changing. It’s disturbing, I wanted people to take action.

Prisciotta said his goal was not only to offer advice and scenarios to the public, but to create a difference between himself and other financial planners. “You can’t tell one from the other,” he said.

He also intends to use it as a springboard to other media. “I wanted to use this as a foundation to develop other (products). CDs, DVDs, an interactive web site.” Prisciotta says it has already opened up new vistas for him, in terms of speaking engagements, seminars and other opportunities.

While Prisciotta is not intending to write another book, he is looking at revising this one, based upon the changes being made in tax law. “The second edition of Defend Your Wealth will reflect the new tax law,” he said.

The book is available on Amazon, and Prisciotta says he also sells it directly as well as providing copies for clients and other professionals. That often results in referrals he might not get otherwise.

And as you might suspect, for Prisciotta, the bottom line is his bottom line.

“I had the best business year of my career in 2012 by 50 percent. I can’t say it was all because of the book, but the book certainly helped.”