When Life Gives You Lemons...

What do you do when you’re diagnosed with a life-threatening disease when you’re six years old, and in fact given a death sentence by at least one doctor?

In the case of Ralph Braun, start a multi-million dollar company that provides mobility assistance for disabled people across the country.

That’s the story told in Rise Above: How One Man's Search for Mobility Helped the World Get Moving. Ralph Braun was diagnosed with spinal muscular atrophy while still a child, but rather than accept the doctors’ grim prognosis, he decided to not only survive but thrive. Along the way help people facing the same challenges with mobility that he faced. 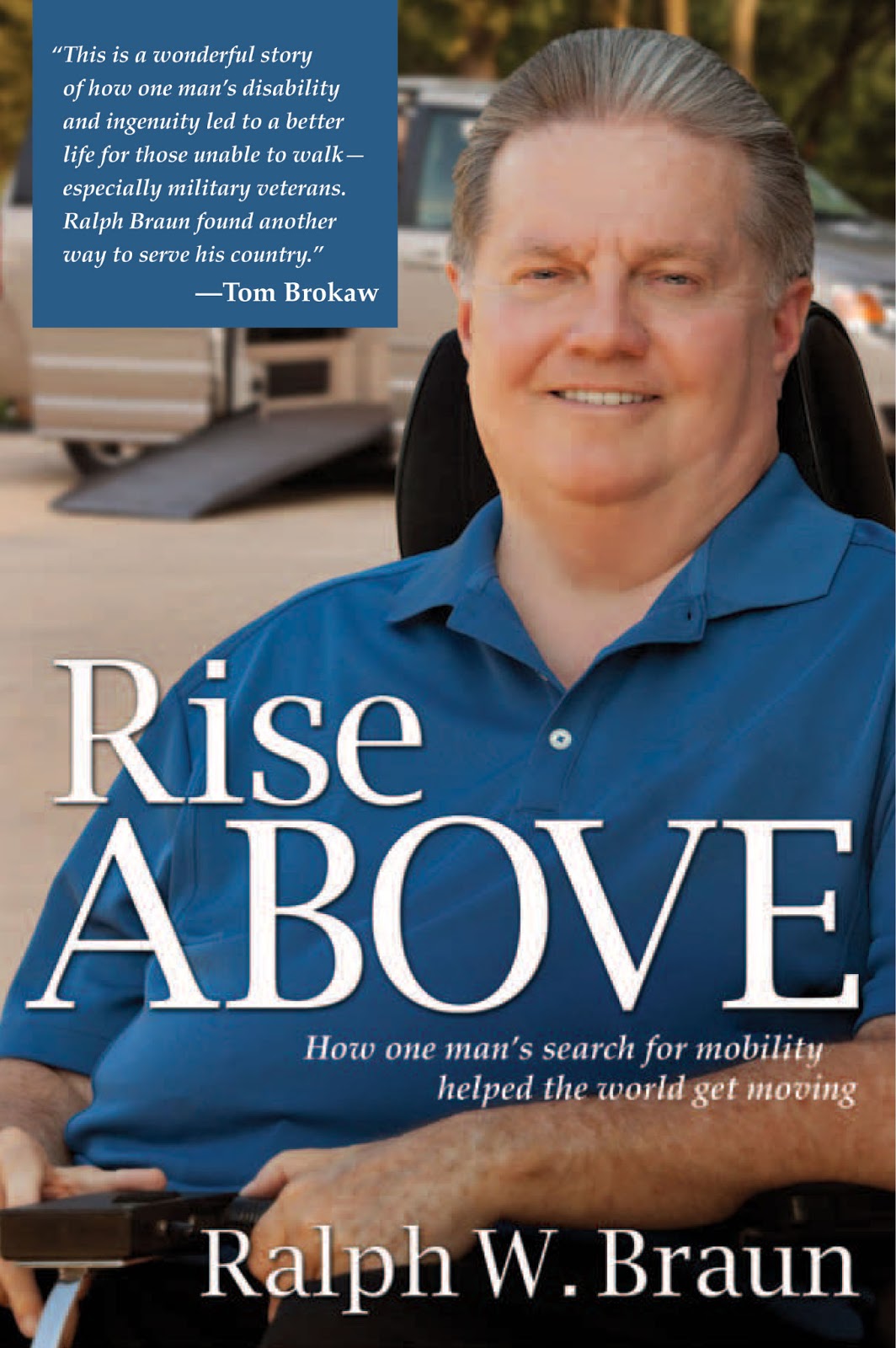 Braun began by building a three-wheeled motorized scooter in his cousin’s farm workshop. The so-called Tri-Wheeler eventually grew into a company with a full line of mobility products, including wheelchair vans and wheelchair lifts, with over 200 dealerships across the country and Canada.

Jack Johnston, the company’s longtime Creative Director, says the idea for a book about Braun and his company was something that had been discussed internally for many years. “I’ve been here  20 years, and we’d kicked it around for a while,” he said.

But it wasn’t until the economic recession hit that Braun decided the time was right.

“It was all about timing,” said Johnston. “Business was down a little bit (during the recession), and that allowed us to focus on internal operations and how to maximize profits. Ralph was turning 70, and the timing was right.”

Braun contacted the Jenkins Group for advice and assistance. We provided assistance in writing, editing and design, which Johnston said was invaluable. In fact, the entire process took just under a year from start to finish (“We really pushed things,” said Johnston), enabling the company to have it for its next dealer show. Since its publication, the company has sold the book on Amazon and its own website, but Johnston says the real value of the book has been as a means of furthering the word about Braun and his company.

“We give one away with each (mobility) van we sell, and have them at trade shows,” he said. “In five years, we’ve gone through 35,000, about six or seven thousand a year.

“It was a very personal project for Ralph. It’s a great marketing tool for us. The thrust of our marketing is trying to build the company on a national level. It fits in with that.

“It is a good story. We didn’t publish it for big sales,  but it’s an outstanding marketing tool.”

Johnston even took the experience to a personal level, writing a children’s book himself, again with the assistance of the Jenkins Group.

“It just fell out of the sky. I saw a drawing my niece had done, and iI wrote the story the next day.”

The Ice Cream Hotel tells the story of a children’s resort where being a sweet, sticky mess is no problem (swimming in a hot fudge pool will do that). Johnston says he has the writing bug, but has no plans to leave his post at Braunability anytime soon.

“I have a four-year-old son and a seven-year-old daughter, and it’s for them,” he said. “I’ve certainly got other ideas, but (right now) it’s a fun hobby.”