Camps Leelanau and Kohahna: Preserving and Promoting 100 Years of History, Tradition, and Healing

Just north of Glen Arbor, on Port Oneida Road, Camps Leelanau and Kohahna have greeted campers for over a century. Founded in 1921 as a healing response to an international pandemic, the camps have matured into rich summer experiences for young Christian Scientists and varied off-season programming, focused on outdoor education and personal development. 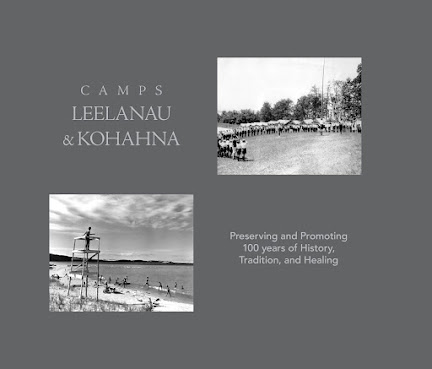 Since 1988, the Camps have been located on Pyramid Point, surrounded by the natural beaty of the Sleeping Bear Dunes National Lakeshore. They have been thoroughly refurbished and modernized, but the beauty of the original Camps has also been preserved. While the Camps have expanded beyond one family’s vision of a better way to educate and raise young men and women of God, Camps Leelanau and Kohahna continue to uphold this mission in the twenty-first century.
Counselors at both Camps encourage campers to excel in familiar activities and try new ones, whether those take place on the trail, the lake, or the stage. Their goal is to bring out the most in their campers and to love, support, and challenge them along the way. Summer camp sessions range from 2 to 7 weeks, and other programming is offered throughout the year.
Camps Leelanau and Kohahna: Preserving and Promoting 100 Years of History, Tradition, and Healing follows the Camps from their genesis under siblings Skipper Beals and Maude Beals Turner, to their defining years, memories of the mid-twentieth century, changes and transitions during the turbulent 1960s, their move to their current home, and hopes for the future.
To learn more about Camps Leelanau and Kohahna, visit https://leelanau-kohahna.org/